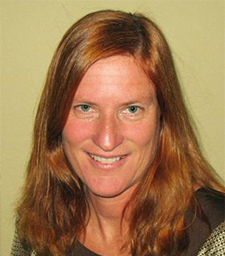 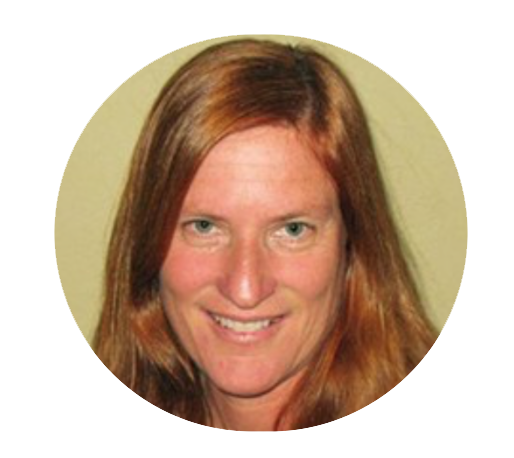 I’m excited to have with me on my first interview for the 100 Women in golf, a woman who discovered her love for journalism in 8th grade when one of her stories inspired an olympic swimmer to have hope when he’d lost it, and then went on to swim at USC and graduate with a degree with Journalism. Now she reports from outside the box and inside the ropes for the New York Times, and in 2012 became the lead writer covering Golf for the world renowned paper.

She also may have had something to do with the announcement of the first female members of Augusta and has a spirit that all women in the industry should strive to warrant.

She grew up golfing with her family, but never in her wildest dreams thought she would be covering the sport and her goal at the New York Times is to change the way golf is covered to get away from the statistics and mechanics of the game and to reveal its humanistic side.

Now without spoiling the interview, here is…

Jenn: You have been a sports writer for years and have covered everything from Swimming to Football. Why did you decide to switch over to being the head journalist covering golf?

Karen: I didn’t have any choice in the decision, really. Our sports editor at the time, Joe Sexton, asked me if I would take over the beat because he wanted to “shake up” the coverage, and because I was a non-golfer, a rarity among golf beat writers, he thought I might bring a fresh perspective to the sport.

Jenn: You mentioned at the Women and Leadership counsel growing up shy. How do you overcome that to ask the questions and keep charging forward in such a male dominated industry?

Karen: It is hard. I still struggle to assert myself in group interview sessions when the loudest voice is the one that gets the floor. I’m quite often yelled over, so it is a constant struggle to get my questions heard. I also have trouble making the small talk that seems to be the currency of conversation for so many of the male golfers – the acerbic, sarcastic jabs that pass for conversation openers, for instance, because that is just not my personality.

Jenn: How has golf impacted your career?

Karen: Well, for better or worse, covering golf has raised my profile, perhaps because I am coming at the sport from a decidedly different angle, taking a much more humanistic and less results-oriented approach. My shining a light on the inequities in the sport has certainly been galvanizing, and some weeks, when I’m getting particularly hassled by marshals or otherwise kept from doing my job by officious volunteers, or the testosterone quotient in the press room is particularly high, I feel really exhausted by having to fight for the access and respect that my male brethren takes for granted as if it is their birthright.

The outsider’s perspective that I’ve brought to golf has however allowed me to see stories that otherwise might be ignored. When Paulina Gretzky made the cover of Golf Digest — an honor that hadn’t even been bestowed upon Stacy Lewis or Michelle Wie at the time — I was the only reporter at the then Kraft Nabisco who thought to ask the women golfers what they thought about it. One male reporter followed my lead but everyone else ignored the issue — for whatever reason they didn’t see it as a big deal, as a story. Before this year’s British Open at St. Andrews, I profiled Renee Powell, one of the first women to be named honorary members of the R&A Golf Club. After it ran, I received an email from a fellow journalist saying he was glad I wrote the story because if I hadn’t, “nobody else would have.” That is how I believe my outsider status works in my favor. I don’t accept a lot of the common practices and opinions that are taken for granted in the sport.

And in line with this, I’ve noticed this inclination to value women for their relationships to men and not necessarily on the basis of their own accomplishments as a thread running through golf. It’s evident on the journalistic side and elsewhere. I had a woman “in the business” introduce herself to me not in terms of her job description but as the girlfriend of so and so, as if THAT was what gave her validation.

Jenn: How did you feel when Augusta National and the R & A admitted their first female members?

Karen: Enormously pleased and proud that I may have played a role, however small, in hastening the inevitable.

Karen: I was a competitive swimmer through college, so I didn’t have time for any other sports. My parents were recreational golfers, so to spend time with them I’d go to the range and hit balls or play 18 holes. I am somehow possessed of a natural swing that has drawn comparisons to Fred Couples’s. The club pro at the course where my parents played once said if I devoted as much time to golf as I did swimming, I could have played professionally, but the sport just doesn’t suit my temperament. I would never have been able to let bad shots go before taking the next swing. I’m a brooder by nature. I played a lot of golf with my husband when we were dating. He accuses me of the old bait-and-switch because as soon as we got married, our golf outings fell off dramatically. We lived in California when we were first married and our rounds on public courses were not cheap and they would take in excess of six hours and I just didn’t have the time or patience for that. If I have six free hours, I’d prefer to spend them curled up with a good book. Spending so much time watching other people play golf now, I have been tempted to get back on the range and see if anything of my swing remains, but time is the main impediment. I seem to have too little of it.

Jenn: Tell me more about the corridors of power…

Karen: Donald Trump recently described golf as an aspirational sport, which I think is its main shortcoming. If I understood him correctly, he sees it as an activity for the well-off, one of the spoils, if you will, of an upper middle class or upper class life. And it’s true. At the most prestigious clubs, you will find some of the wealthiest and most influential people in our society, people who are influencing national and foreign policy, culture, commerce. So to belong to those clubs is to have access to some of the most powerful people in the world, and to have them as a captive audience for a three or four-hour round of golf is a luxury, a privilege, an access to power that few others ever enjoy.

Jenn: You mentioned in an interview that women where the hardest on you after your piece about Augusta – what was that like and how do you suggest we change it? How do you suggest that women start supporting one another in our charge to the top in business, in sports, in life in general.

Karen: The 2012 Masters was a game changer for me. It was one of the hardest weeks of my career, and it hardened me in ways that do not make me proud. I used to be much more open toward people, but that week really showed me how callous my peers can be, especially the ones who purport to be sisters in arms. I had peers in that press room, including at least one woman, tell people I was going to be fired at the event’s conclusion, which came as news to me – these people spreading these rumors hadn’t bothered to talk to me first. I have had to work 10 times as hard to get one-tenth of the respect from men in the business, in general, but particularly on this golf beat where women making it on their own merits remain an object of curiosity, at best, or derision, at worst. Unfortunately, the unprofessional behavior of one woman can reflect negatively on all women, so I think that in order to change the culture, we have to start by taking a hard look at ourselves and what we may do or not do, however inadvertently, that prevents all of us from getting respect.

Some of Karen’s most recent articles:

Jordan Spieth Reassesses A Career Path From The Top Where Time Is Short
As Winning Majors Gets Tougher, Losing Them Is Easier to Stomach
Jason Day Wins P.G.A. Championship in a Record-Shattering Breakthrough