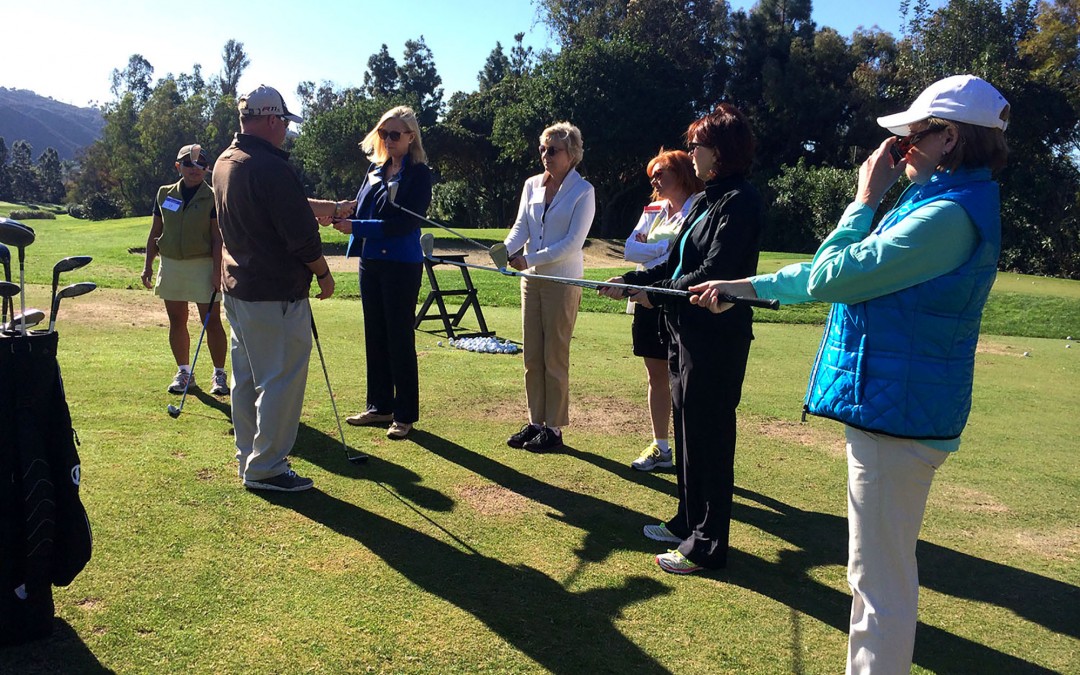 The two main pieces of equipment in the game of golf are balls and clubs. We’ll start with the clubs because there is a lot more to talk about. There are four types of clubs: Woods, Irons, Hybrids, and Putters. A player is allowed to have no more than fourteen clubs in their bag during a tournament round—any combination of the four types. Typically one carries 2-3 Woods, 9-10 Irons, 1-2 Hybrids, and 1 Putter. If you wanted to play with 14 putters though you could—it just wouldn’t make sense.

The main woods that people use are the 1-wood, the 3-wood, and the 5-wood. The 1-wood is also known as the Driver and is what is used for the first shot on most Par 4’s and Par 5’s. This club goes the farthest of any club in the bag and loft of the face can vary from 8.0 degrees all the way up to 11.5 degrees. The higher the loft is the easier it is to get in the air (and control). Which degree is right for a player is dependent 100% on the person’s swing and swing speed. Typically professionals are in the 8-9.5 range and most average women are in the 10.5-11.5 range. Very rarely are Drivers hit off the ground because they’re so oversized that it is extremely difficult to get it off the ground without a tee.

The other woods can also be used to tee off but are also used off the ground on longer shots. A basic set of clubs will have a 3-wood (14-15 degrees) and a 5-wood (19-20 degrees). These two clubs replace what used to be the 1 and 2 irons. There are few if any players on tour that use a 1-iron anymore because the woods are far easier to hit and control. The number of players that carry a 2-iron has also dwindled greatly with the emergence of woods and hybrids that fly much higher and land much softer on approach shots to the green. Many times players also turn to 3-woods off the tee when they don’t feel confident that they can hit their Driver straight on a narrow hole because it has a higher loft and therefore is easier to hit/control. Many women also add a 7 wood to their set because long irons are more difficult for women to hit. The 7 iron replaces the 3 iron.

Hybrids can be put in this category too. In recent years these clubs have begun to replace long irons and fairway woods because they offer a blend of both. The head of the club looks like a thicker iron and it offers the forgiveness of woods with the precision and control of an iron. Hybrids are also much easier to hit out of the rough.

The majority of clubs in a player’s bag are irons. They are broken down into four categories: long, middle, short, and wedges. The long irons are the 1-4 irons. They fly the farthest but are also the hardest to hit. The reason for this is the lower the loft of the club, the smaller the sweet spot (the sweet spot is much like the sweet spot of a baseball/softball bat). This is the part of the game where there is distinct separation between normal/casual golfers and very good players—most casual golfers struggle with their long irons while better players who play at high levels feel comfortable with them. The middle irons are the 5 through 7 and progressively easier to hit.

The short irons (8-9) and wedges are considered your scoring clubs because they are the easiest to hit and should lead to more accurate shots. There can be a lot of variation between wedges of different players based on their personal preferences and needs. They can start with as low as 46˚ of loft and go all the way up to 64˚. Wedges with lofts between 46˚ and 49˚ are typically called Pitching Wedges.

After the pitching wedge, things start to vary a lot. Standard sets usually come with a Sand Wedge and sometimes a Lob Wedge. Sand Wedges (typically about 56˚) are specially designed to help a player get out of the sand easier around the greens. Lob wedges (typically 58˚-60˚) are designed to shoot the ball up high in the air and land it softly on the green. Some people are comfortable using the lob wedge as a sand wedge too which allows them to add another wedge used on longer shots for the most part. This is called a Gap Wedge. Gap wedges are meant to fill the gap in yardage between the pitching wedge and the lob wedge (hence their name). All of the short irons can be used not only for full shots but chips, pitches, and flop shots around the green.

This is the piece of a equipment that even a person who has never set foot on a golf course knows about. The magic of mini-golf has already taught you the basics of these clubs: they’re used on the greens to roll the ball in (or as close as possible) to the hole. There are literally a million putters with thousands of different designs and models. While there has been technological advancement in putters over the years it is only a fraction of the development that has taken place in irons and woods. Since this is the case many players keep putters for a very long period of time. Selecting one is really a matter of what one feels best for the individual.